CSIC Press recommendations for an inclusive and non-sexist language

CSIC Press is committed to precise, unbiased and intersectional research, that is, sensitive to the complexity and breadth of cultural, biological, economic and social contexts. For this reason, it is essential that CSIC Press use an inclusive language free of prejudices associated with race, functional diversity, gender, sexual orientation, beliefs, ideology or socioeconomic status.

The use of labels to designate a group of people, as if it were a group alien to society, is also inappropriate insofar as this contributes to perpetuating stereotypes. Therefore, all those expressions that suppose the stigmatization or discrimination of groups of people will be avoided.

The negative meaning in condescending expressions and terminology is, in the specific case of people with functional diversity, a trend that should be avoided. Regarding race, comparisons between groups, essentialisms or references to «minorities» are discouraged and inappropriate.

CSIC Press recommends the use of non-sexist language in all texts submitted for publication.

CSIC Press is aware that not all texts are equally viable to adapt certain linguistic formulas to the demands of an egalitarian language, so we trust in the care of the content in favor of equality beyond merely morphological aspects. However, given that language has resources and mechanisms to express what it wants to say, «whoever produces the message can choose between several formulations to express themselves in an inclusive and non-sexist way, so that language is an instrument for change» (Guía para un lenguaje no sexista de la lengua, UAM, 2019: 9).

Thus, although the Real Academia Española (Royal Spanish Academy) recognizes the masculine as a non-marked gender for collective mentions, more and more formulas are demanded that make the role of women and non-binary people visible. This does not mean that the use of the generic masculine is inappropriate or always discriminatory. Its use is perfectly valid and moves away from a sexist interpretation if, for example, we also name the person or persons referred to with the term.

CSIC Press is therefore committed to inclusive linguistic formulas, which can be used as long as they do not modify the meaning of the expression. One of the keys to detecting whether a word or expression could imply sexism is to submit it to the so-called inversion rule, which consists of replacing it with the opposite gender. If it turns out to be inadequate, then it would be advisable to replace it with a more inclusive one.

For papers written in English, the guide published by the American Phylosophical Association can be used as an orientation. 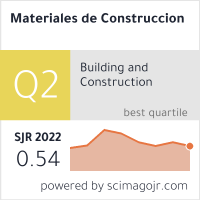